The Wellington Colorado Main Street Program is organized as a Colorado nonprofit 501(c)(3) corporation run by a volunteer board of directors.

The Wellington Main Streets Program is a group of passionate citizens who champion community collaboration to enhance and promote downtown Wellington.

Downtown Wellington is the vibrant and historic heart of our small town where the entire community gathers to connect. Our beautiful, thriving and viable downtown attracts friends and family to experience unique businesses, eateries and events.

By partnering with organizations and leaders at the local, state, and national level, our program protects the historic character of downtown and promotes shared prosperity. We utilize the National Main Street Four Point Approach to revitalize and strengthen our downtown’s physical attributes and economy. 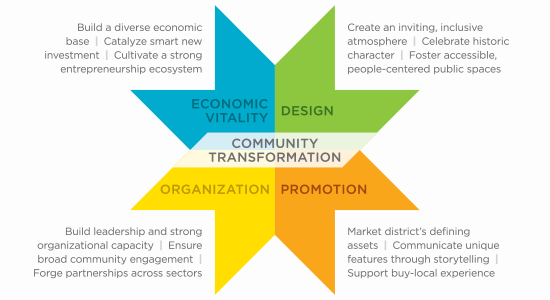 In February 2014, the Town of Wellington provided funding for a contracted assessment of its downtown in relation to how it now exists and what it could become. The work was done by the nonprofit corporation Downtown Colorado Incorporated (DCI). A final report is available on the Town’s website. In 2014 Wellington Main Streets Program officially became a Candidate Main Streets Program with DOLA, and the first Executive Director of the program was Wendy Dubord, who spent much of her career working for Steamboat Springs (also a Main Street community). Wendy did a great job of getting the program up and running before retiring in late 2016 when Dave Michaelson came on as executive Director.

In September of 2019, Kallie Cooper took over as Executive Director following Annie Lindgren who led the program beginning in 2017. Kallie and her family have lived in Wellington since 2017 and brings talent, enthusiasm, and dedication to meeting the needs of the downtown area. She received a Bachelor’s Degree in Television Production and Marketing from Wartburg College in Waverly, IA and has worked with non-profits and the public school system since 2009. She is excited to play an even bigger role in supporting local businesses and the community she is raising her children in. 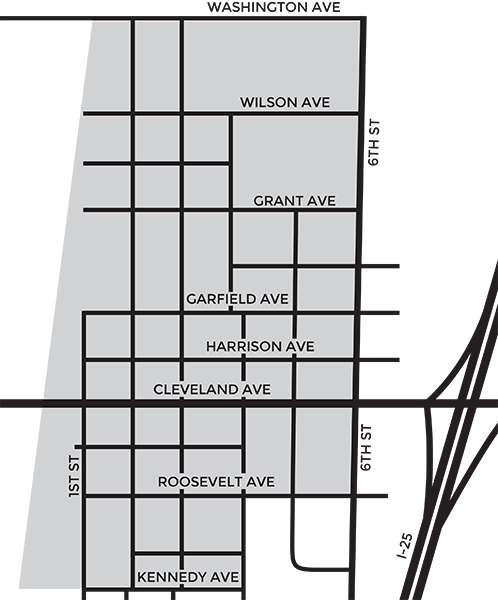 Board meetings are held on the third Monday of every month  //  9am
Meeting are held at the Town of Wellington’s Conference room at 8225 3rd St, Wellington, CO 80549 and via Zoom Virtual Meeting. 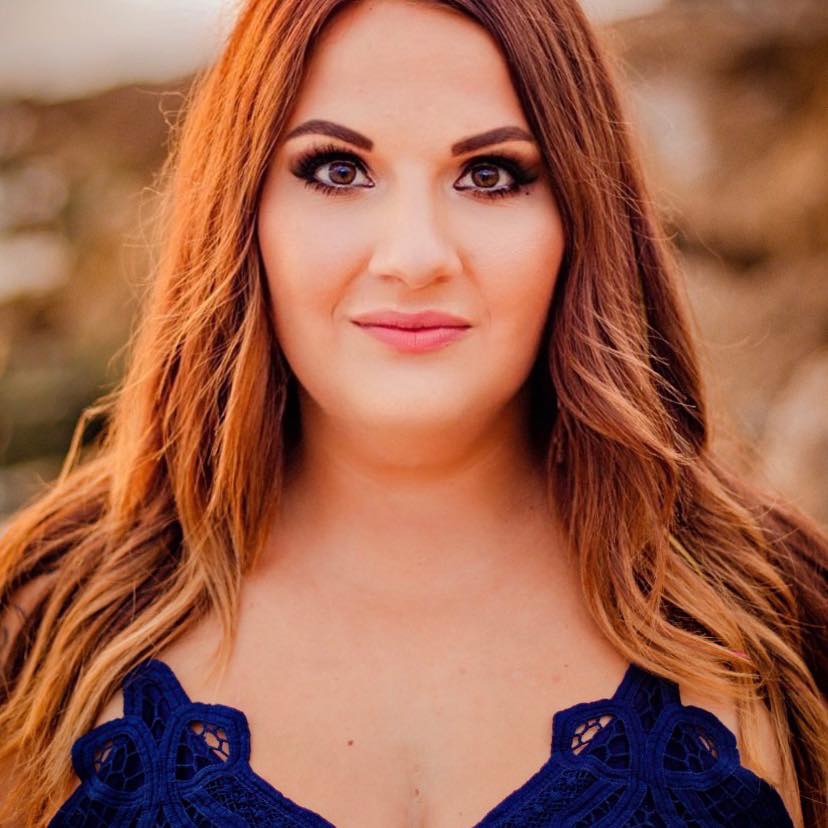 Erin Jerome is a stylist & owner of Trim Salon and Boutique, located in beautiful downtown Wellington. Erin has served on several committees for the Wellington Main Street program over the past few years, & is excited to now serve on the Board as well. Erin has been a Wellington resident for the past 7 years. She and her husband and 3 kiddos  moved here from Iowa. The small town life is nothing new for them, & they fell in love with Wellington, & the people, the moment they arrived. 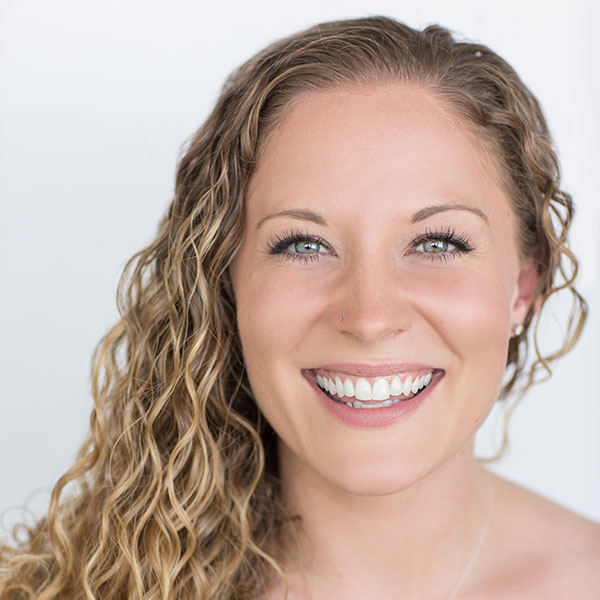 Caitlin is proud to be a Colorado native, born and raised on a small farm in the Fort Morgan area. She moved to Fort Collins in 2005 to pursue a degree from CSU in Business Management with a focus on Small Business and Entrepreneurship. In 2007, she accepted a position with Bohemian Companies and Bohemian Foundation where she held many roles over the course of a 13-year tenure. During this time, she dedicated her work towards her passions in music, community, nonprofit development, and grantmaking in the arts.

Caitlin and her husband bought their first home in Wellington in 2015 and immediately fell back in love with small town life. Their two daughters were born a few years later, and shortly after, they created their small family business. MAKO Street Food was launched the summer of 2022. It is a mobile eatery specializing in Asian Fusion dishes and focusing its efforts in the community of Wellington. Our goal is to utilize food as a mechanism for bringing our community together and bringing awareness to issues that are important to us.

Caitlin is now focused on growing her business and bringing a community development strategy to Wellington. She is excited for the opportunity to contribute to the Wellington Main Street Program to increase its impact and the overall vibrancy of our wonderful small town! 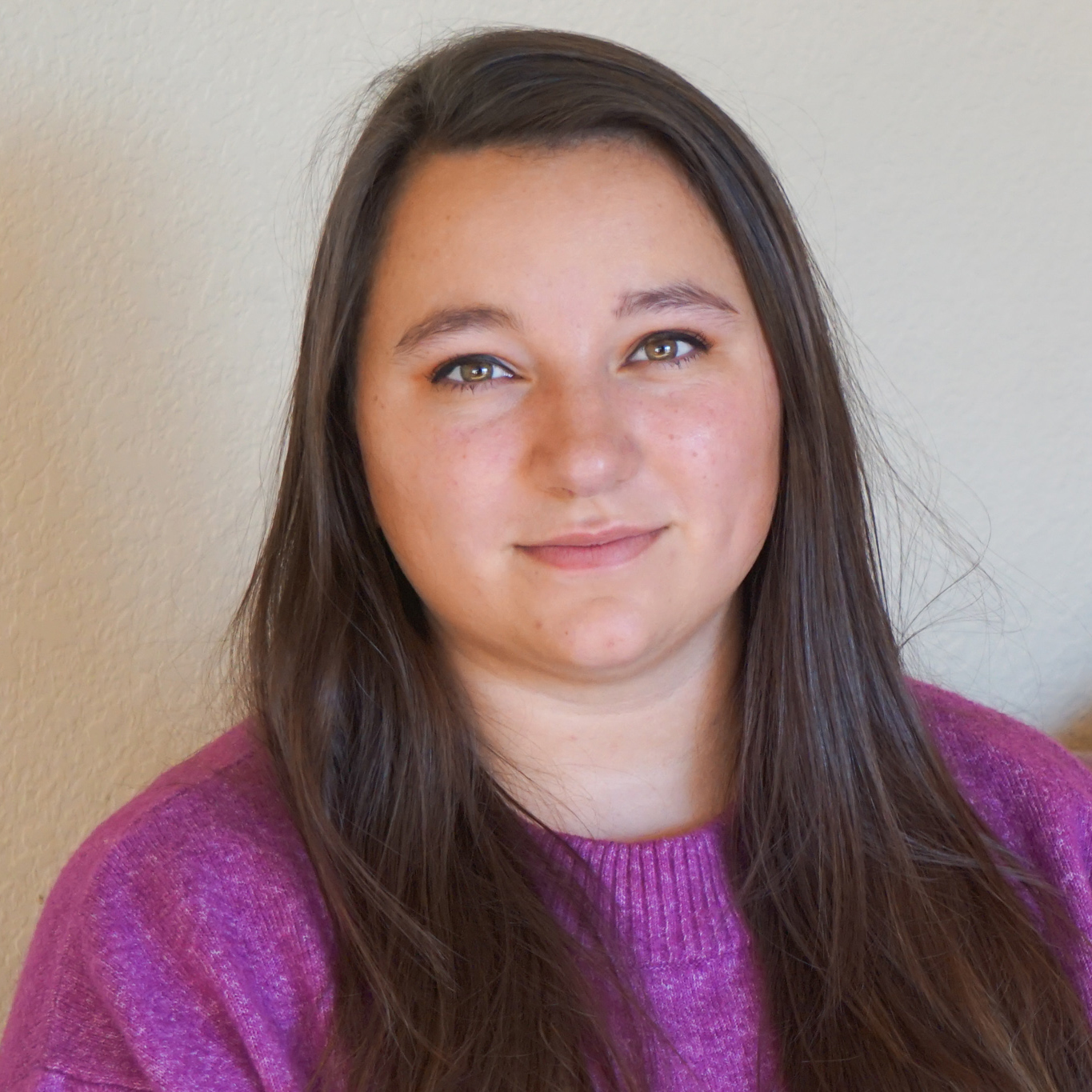 Emma Hanson is the owner of Owl Canyon Coffee in downtown Wellington. She has been a Wellington resident for three years. Emma has a strong passion for Wellington and is so excited to be a part of the Main Streets Board! 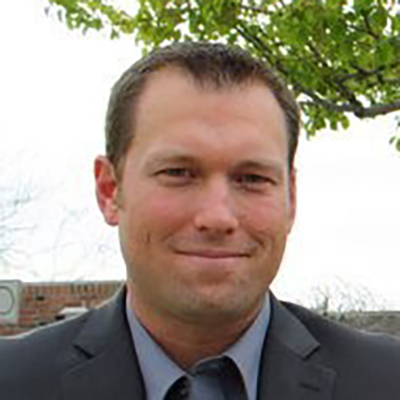 Roy was born and raised in Bakersfield, CA. Right after graduating high school, he joined the U.S. Navy and spent nine years as a nuclear mechanic working on the propulsion plants of both aircraft carriers and submarines.

Roy and his family moved to Colorado in 2012, where he earned his master’s degree in natural resources management from Colorado State University. He currently works at CSU as a natural resources specialist doing environmental work for the Department of Defense.

As one of the leaders of American Legion Wellington Post 176, he hopes to bring awareness of veteran’s issues and contributions to the development of Downtown Wellington 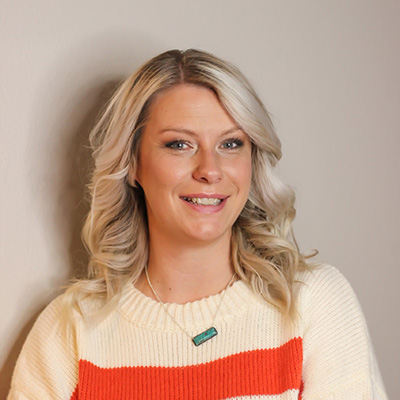 Blair is a Wellington native, born on a farm north of town and raised in the heart of our downtown area. She has been employed by businesses in our program area for over 20 years and has a passion for developing Wellington’s potential while maintaining the small town character and charm that makes our town great!

Blair graduated from University of Northern Colorado with a B.S. in Human Services in 2013. Soon after she realized that hospitality is her true calling, which led her back to school where she received an Associates in Hospitality as well as certifications in Small Business Management and Event Planning. Her career in restaurant management has taken her from Nashville to Arizona and ultimately led her right back to Wellington where she is currently employed as the manager of the Wellington Grill, one of the staple restaurants in our downtown core!

Blair and her husband live just outside of town on a hobby farm where they enjoy their horses, 4 dogs and herd of mini Hereford cows! Blair is most excited about expanding events and services that will draw more visitors to our program area and the businesses that make Wellington a great place to live, work and visit! 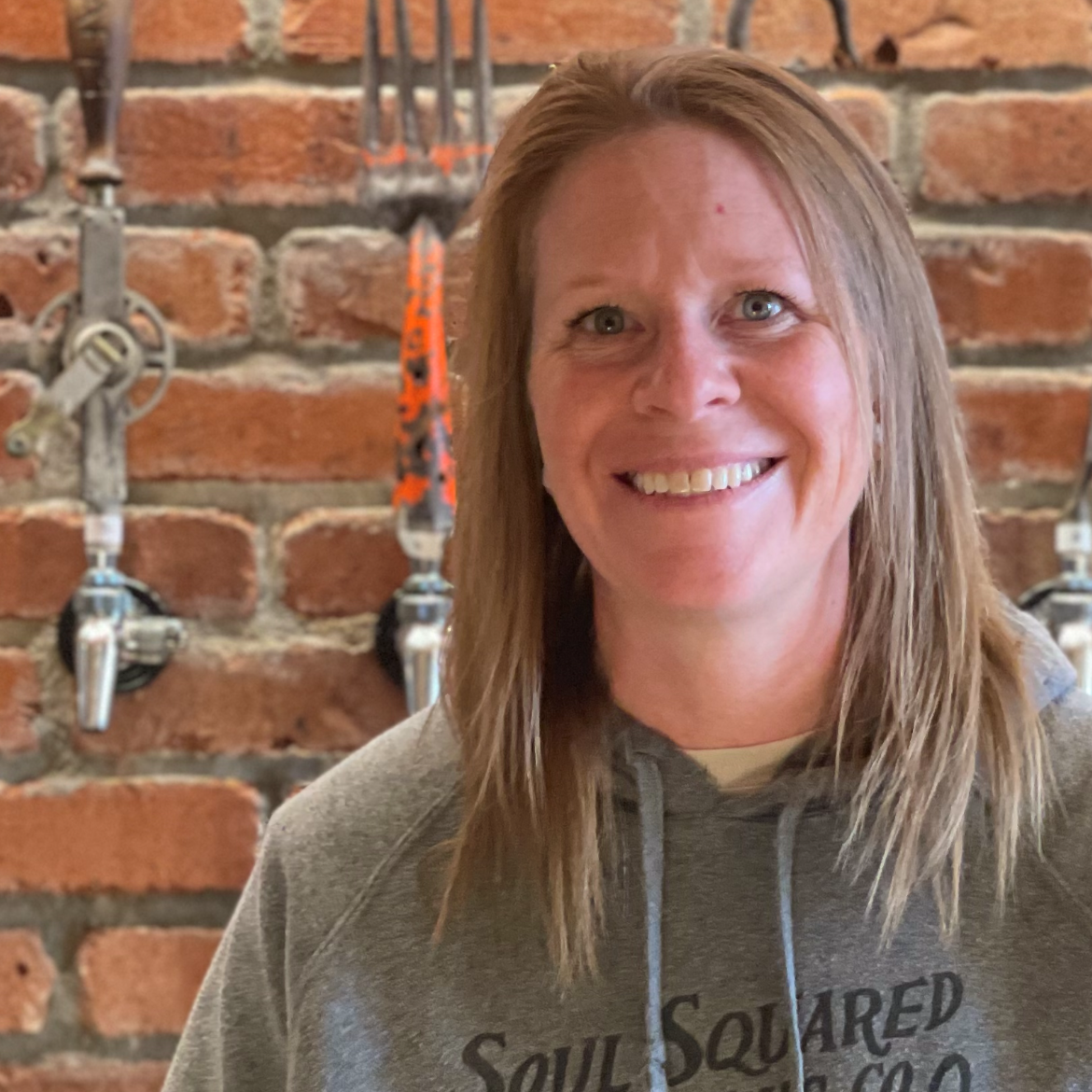 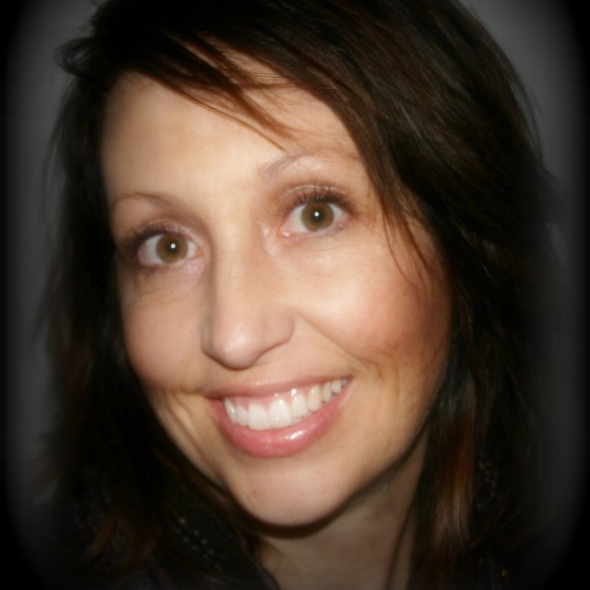 Erin grew up in rural western Colorado in the very small town of Crawford. She came to the front range for College at CSU in 1995 and stayed. Erin continued to raise her two children Madison and Myles in Fort Collins until 2017 when she responded to a deep need to get back to her roots and join a small community again. After thoughtful consideration Wellington was the perfect fit and life unfolded proving that again again.

Erin has an office in Old Town Fort Collins that is home to her healing business. She was professionally trained at the Rolf Institute for structural Integration, the Upledger Institute for CranioSacral Therapy, and has received trainings in Reiki from Ann Bibbey Reiki Master Teacher and Intuitive Healer, as well as Divine Healing Energies from Cathy Ulrich DPT, Advanced Certified Rolfer.

Per the DCI report recommendations, the Wellington Colorado Main Streets Program (WCMSP) consists of a governing board and standing committees as the fundamental structure for this volunteer-driven program. In discussions with town management and the local chamber of commerce, it was recommended that the WCMSP be organized as a stand-alone non-profit corporation to provide maximum flexibility and freedom of action. To that extent, the WCMSP has been incorporated in the State of Colorado as a 501(c)(3) nonprofit corporation with a set of by-laws describing its methods of operation. It is run by an elected board of directors and a set of officers chosen from that board.